Eat One Less Bite! Doing this at every meal could save about 75 calories a day which equates to nearly an 8-pound weight loss in one year!
Do you know which items equal approximately 75 calories? Let’s put this in perspective using some common foods:

That is not a lot of overeating, but it adds up if you do it every day. This shows you that time is the great multiplier. When multiplied over time, one little extra bite does hurt.

It’s time to make time work for you instead of against you!

If you are having problems with overeating, make it a goal to start eating just one bite less than you normally would. Put it to the test for one meal each day. Once you are comfortable doing it for one meal, then you can work up to doing it for another meal, then another. Self control is like a muscle, the more you use it, the stronger it gets.

Here are some tips that can make practicing “one bite less” easier:

One bite less every day can be the start of lots more weight loss on the scale! 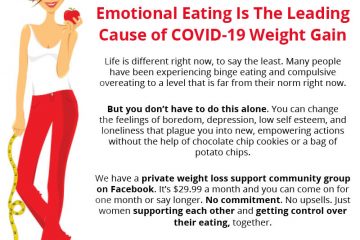